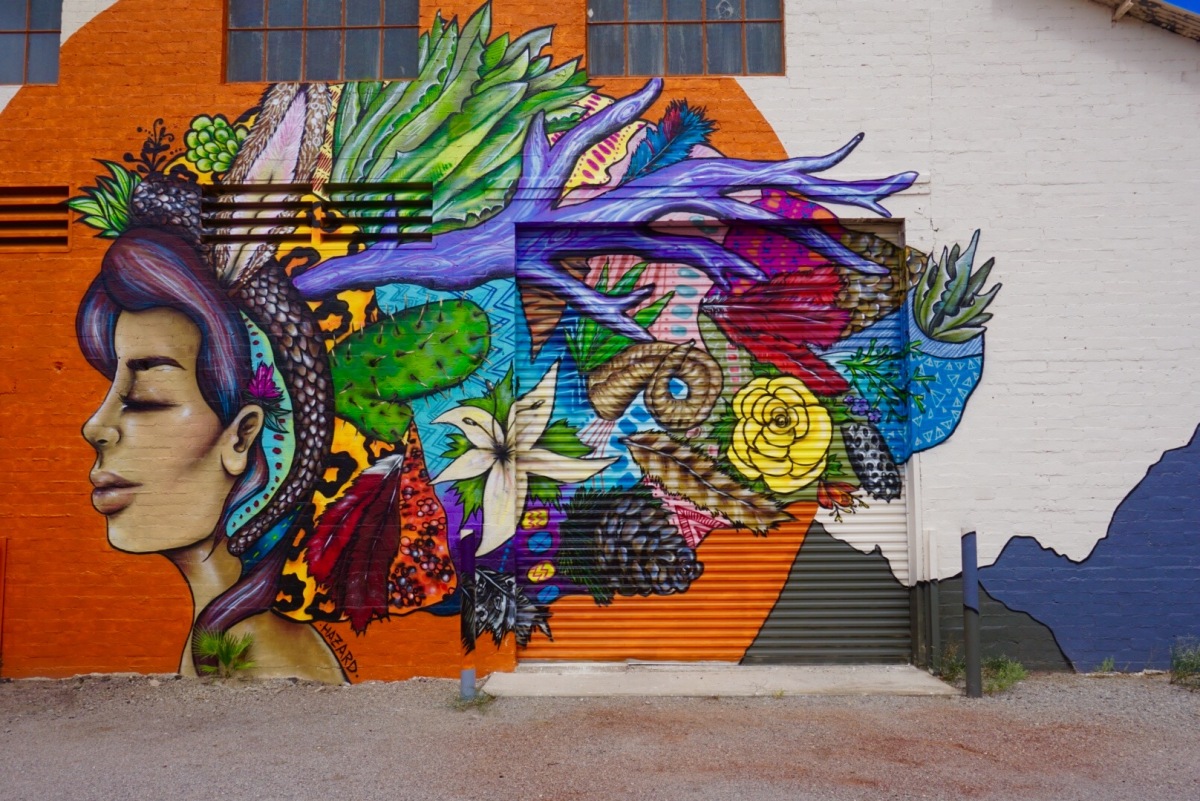 A few weeks ago we accidentally poorly timed driving across the Mexican border and ended up crossing during the busiest Sunday rush.  Consequently we were delayed in line for over an hour.

We had been in line for a while. Still a long way to go as I can’t yet see the Flags. Vendors walk along selling to captives of traffic.

We had given away our  food that is illegal to bring back into the U.S. (which is pretty much everything we like)  We gave it to our friend Rosa who sells her delicious tamales on the beach.  Time meandered way  past lunchtime and we were hungry.   The few gas station stores along the route didn’t sound appealing. Well, mainly  because the LAST time G purchased a “Tornado Dog” (mystery meat wrapped in corn meal-supposed to be chicken) which led to  an uncomfortable evening.   The Tornado part of the title  lived up to the name.  We decided to drive the 10 miles west out of our way to Ajo, AZ.   Founded 1854 .

Expecting the worst, I was  surprised at the cute renovations on the rows of old mining bungalows, restoration of Municipal buildings, and churches. 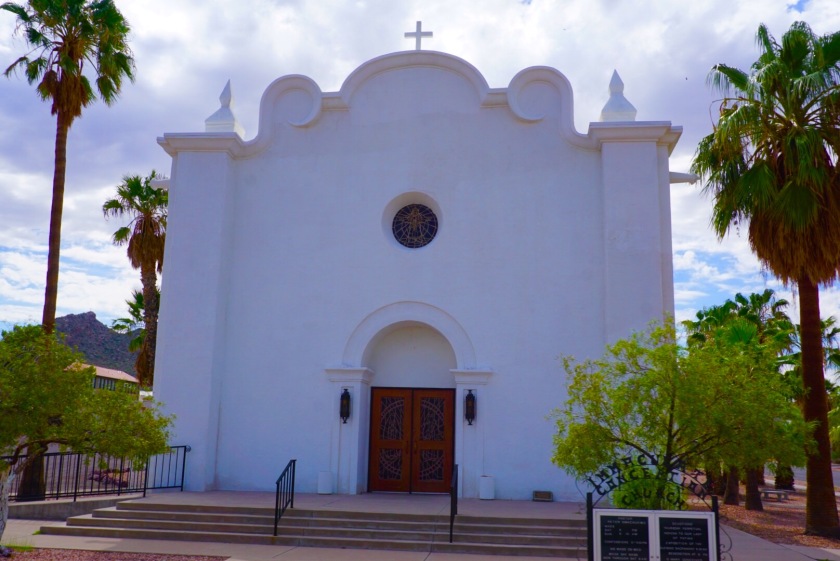 Perhaps the most impressive is the tremendous amount of street art.

Not just art, each piece was meaningful and moving.  Spent so much time here studying them, wondering about the artist, feeling the pain expressed through this beauty. Viewing them I felt overwhelming sadness, pain, anger, happiness, beauty. I touched the hot brick gently perhaps trying to connect with the artist to hug them and thank them for sharing their soul. A few examples below.

Unfortunately there was not a fast food establishment and our tummies are  protesting noisily.  Perhaps lack of a modern drive thru fast food establishment is how it should be in this antique town. We stopped at the  a local spot, Agave Grill, an asian fusion restaurant and enjoyed the fresh food and local atmosphere. Full and satisfied G turned the RV around and headed east toward home talking  about how  Ajo. AZ was such  a pleasant surprise.

MORAL OF THE STORY;  Don’t judge a town by the 70’s , OR- G’s armpit is more artistic and lovely than previously thought. 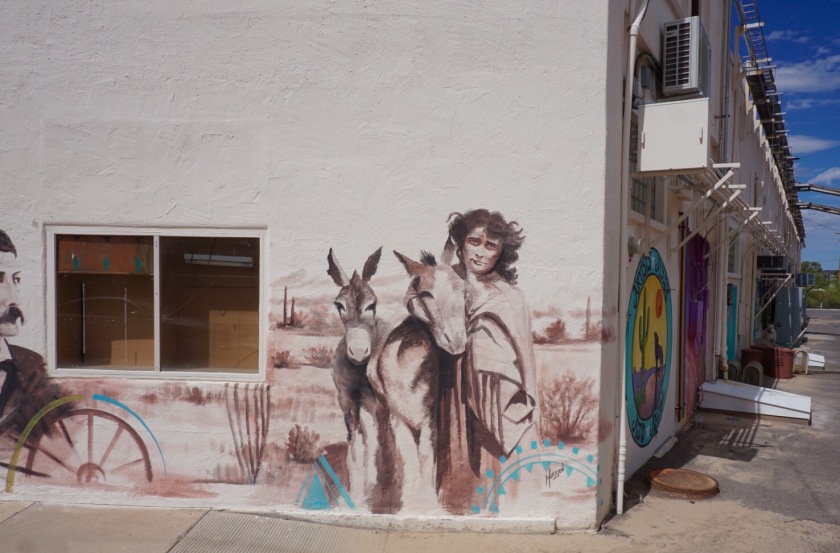