Last  Saturday was all about hanging out in Clifton, AZ an old mining town.     The road climbs winding through the mountains and suddenly drops down between the rugged red canyon walls to this little town. 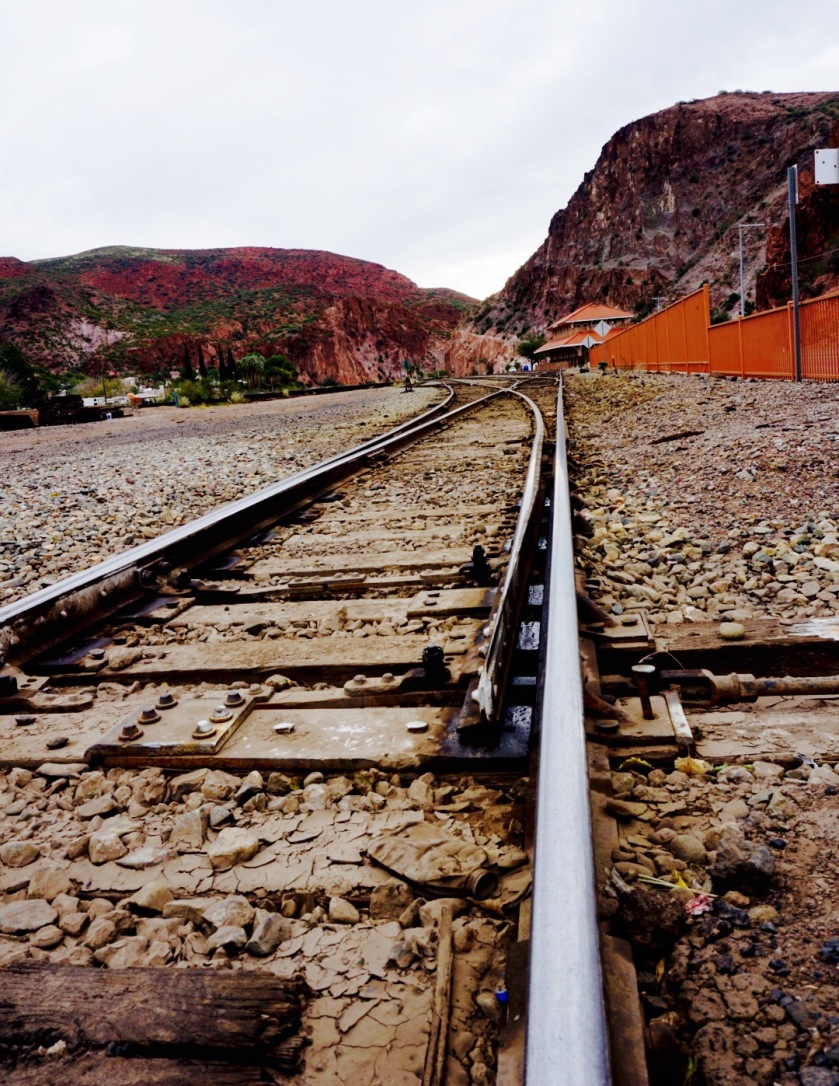 We saw a few signs and thought it might be interesting and it doesn’t disappoint.

This is the outside of the jail that is actually a cave in the rock.  The holes you see with bars are the windows  about 10 feet above the floor of the jail. The sign says the first prisoner built it himself!

The Rocks they used to build the wall are so beautiful.  It’s open on the other side (and you know how I feel about open doors).  Let’s go in!

Down a few steps and G says “I hope somebody doesn’t lock the outside door.” just as I am stepping into total darkness.  (THANKS G!)   The cave jail  it very spooky. It doesn’t smell like a cave, really has no smell at all for having been used as living quarters.   We don’t have a flashlight with us so I  have to use the camera  flash to see where we are. Below is an overexposed shot of one of the cells .

I saw a rusty dirty chain on the floor illuminated by a little bit of sunlight from the “window” above.    I picked it up and when I realized it was bolted to the floor it made me  sad and horrified at the same time.  I got out of there fast. 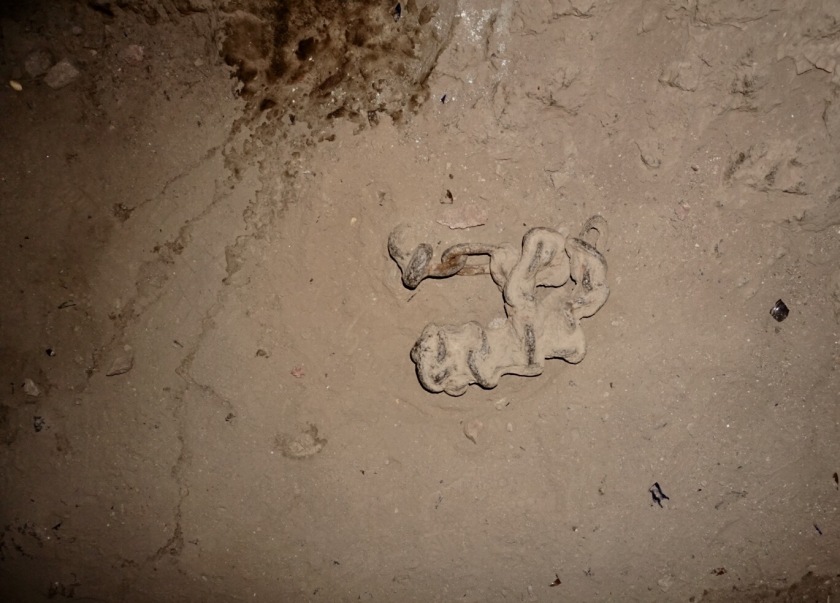 We go further back within the cave jail.  It’s not getting any better but at least there is electricity this far back. Feeling very medieval as it is still pretty dark  I took another flash shot to see what was in front of us. It came out looking like the  very end of The Blair Witch Project. 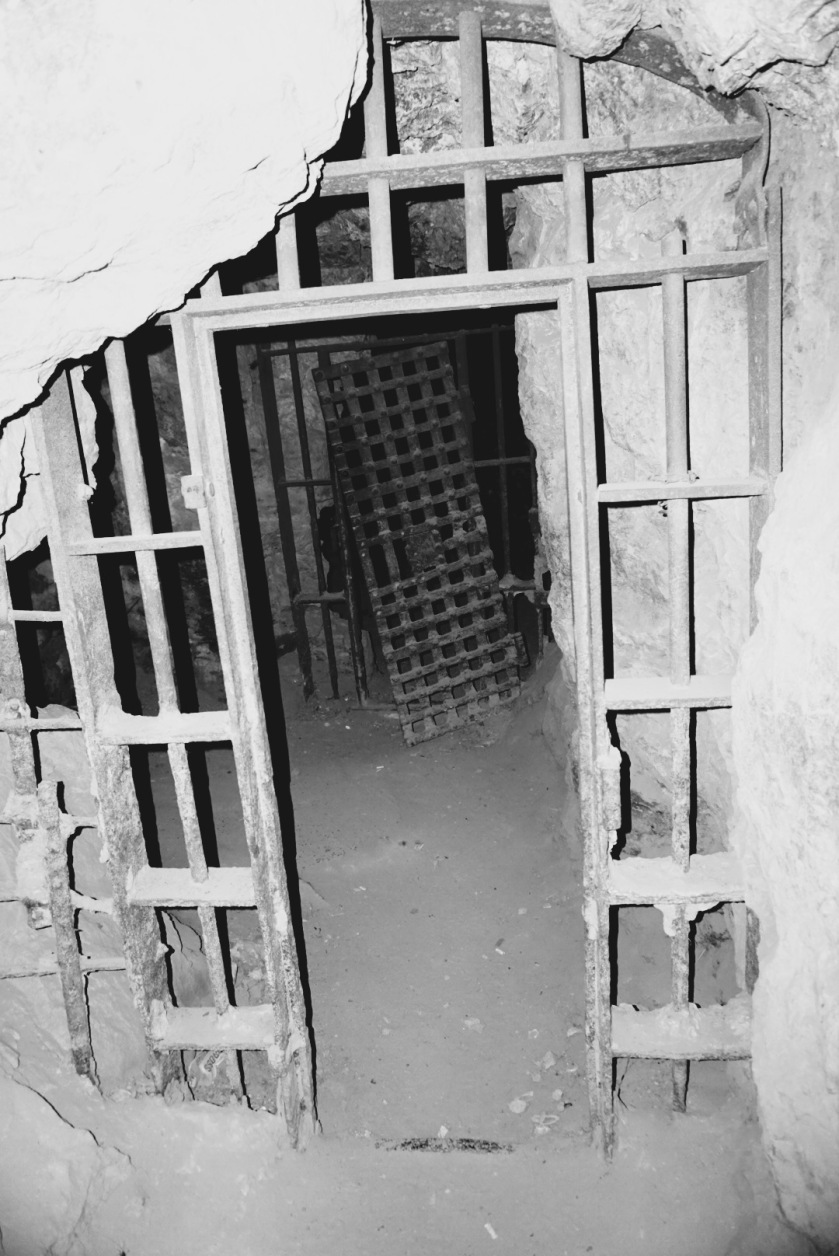 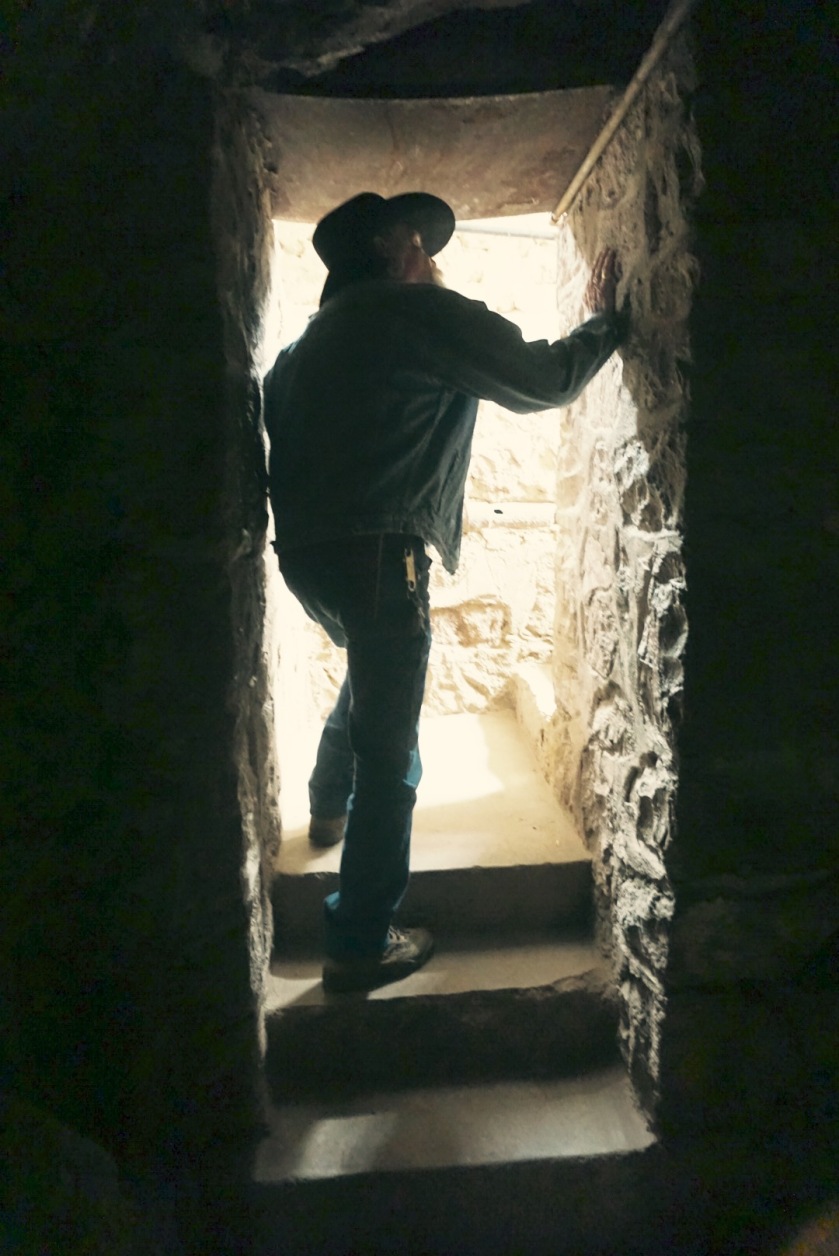 Outside the jail is this kick ass stem engine, Copper Head Coronado Railroad. 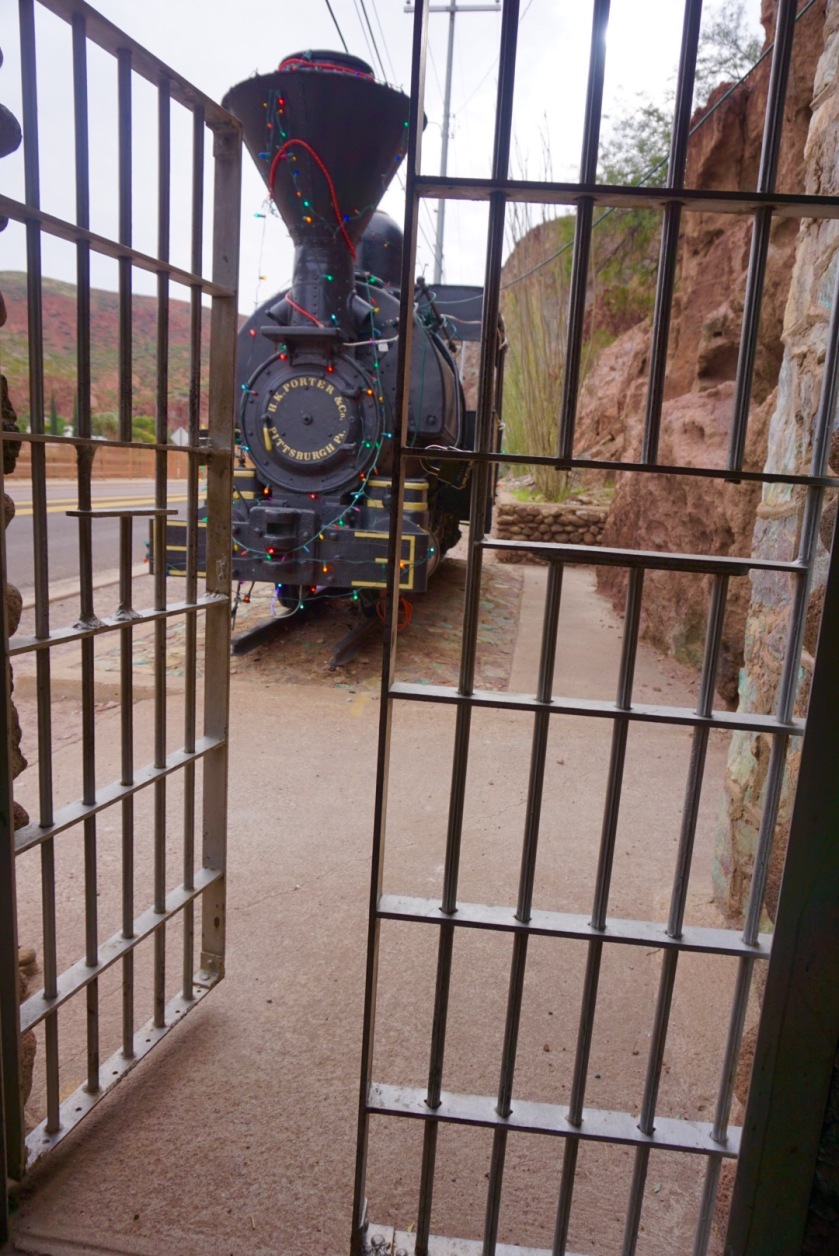 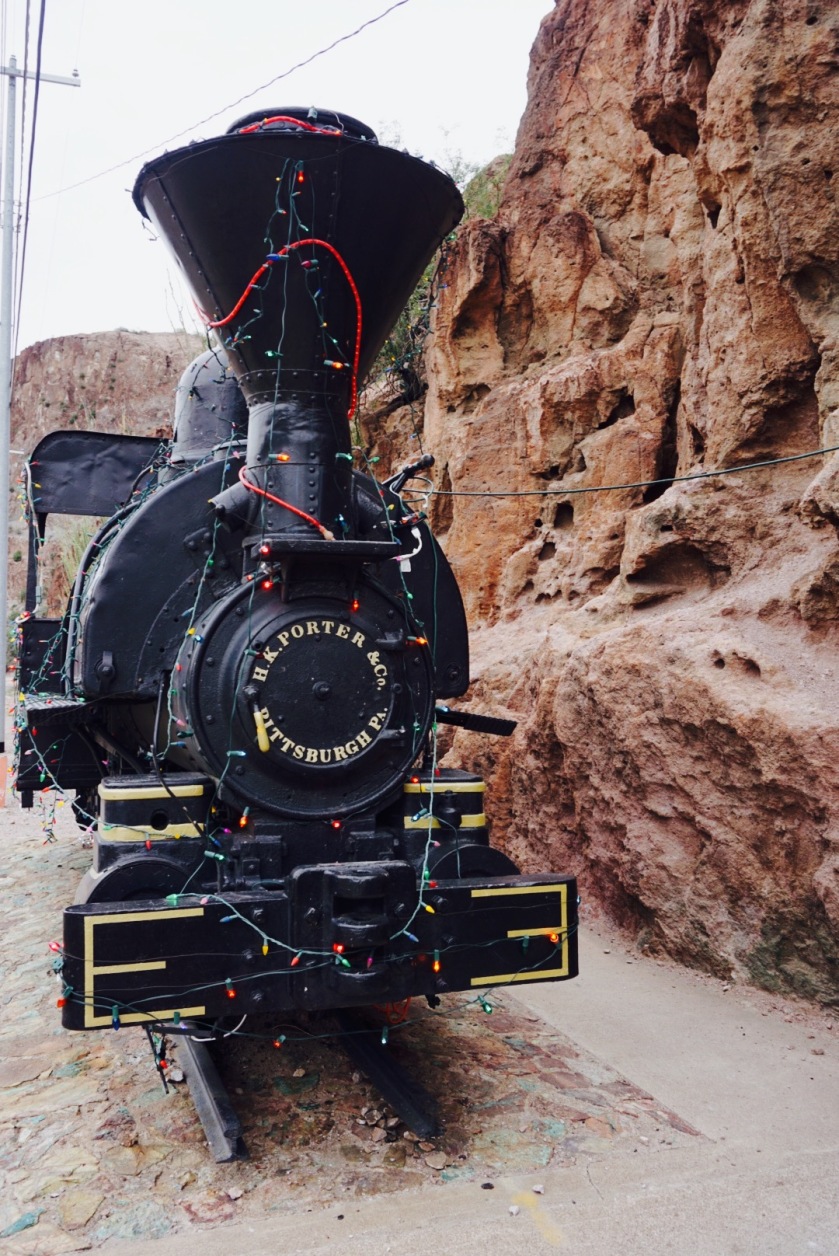 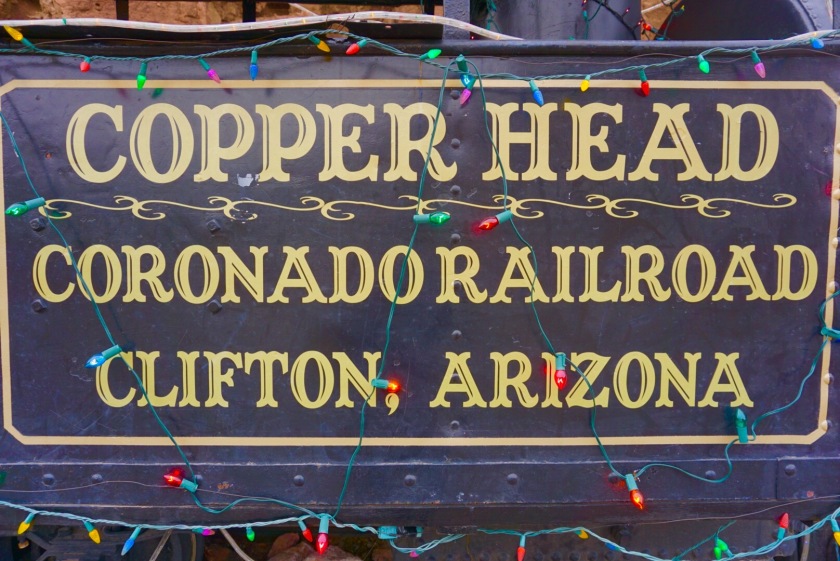 Absolutely beautiful view from the bridge. Very quiet here, well until I stepped on a loose metal panel and the whole bridge sounded like it was falling down. 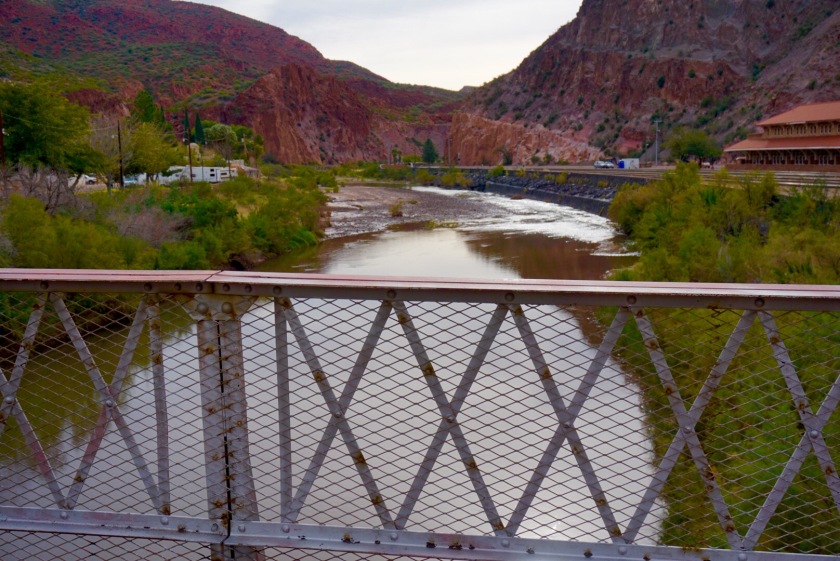 Ramshackle buildings contribute to the charm of this old town. A look inside an abandoned building reveals an old couch, a TV with an old style bubble screen, and various trash.  It would be interesting to find out when it was abandoned, who lived here, and the stories associated with the once booming mining town. 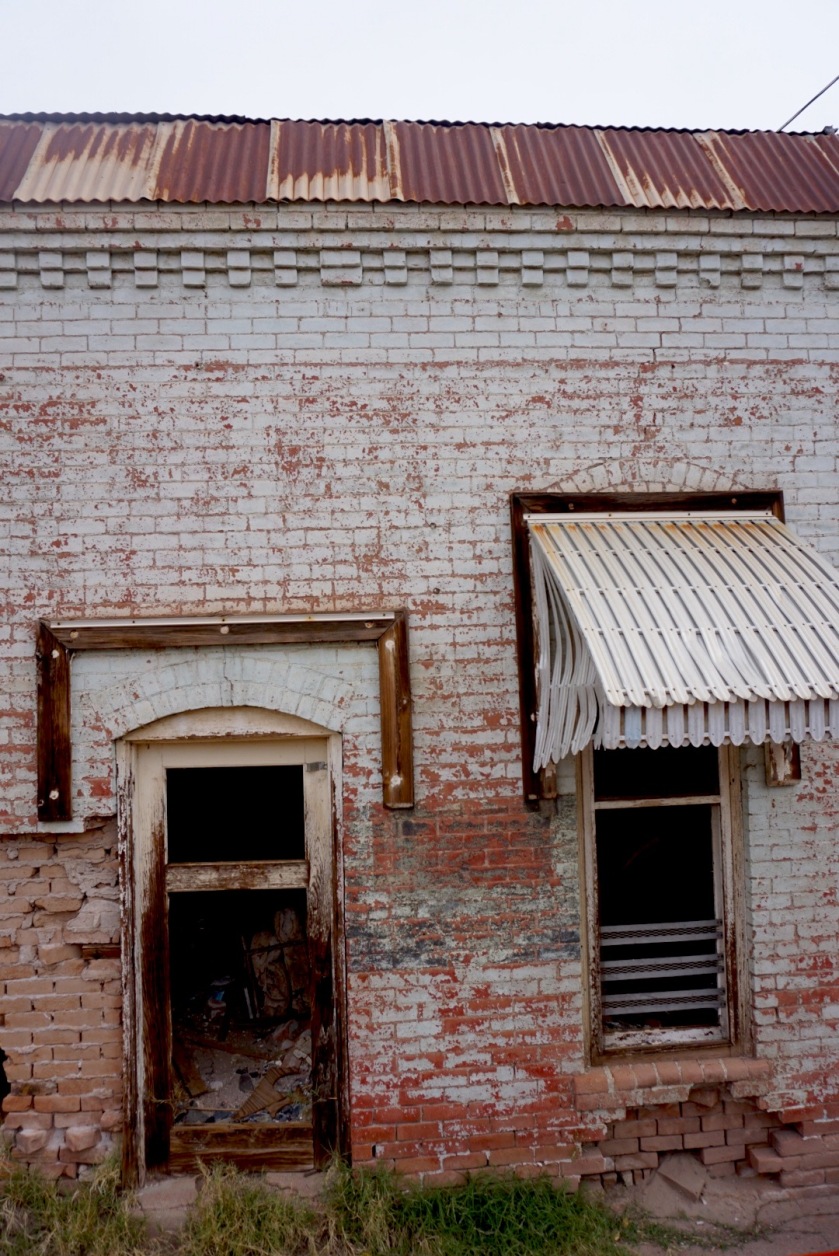 There is an occupied apartment in this row of crumbling buildings below.  An American Flag waves in the breeze in the distance.

Old church on Chase Creek Road is part of the Historic Restoration of Clifton.

Below is an example of the steel door to a cave.  They may have originally been used as cellars to preserve food.  During Prohibition caves like this were used for storing Whiskey (of course) and we are told that is when the steel doors were added.  Later they actually were rented out to miners as rooms.  Every house against the cliff seems to have one. 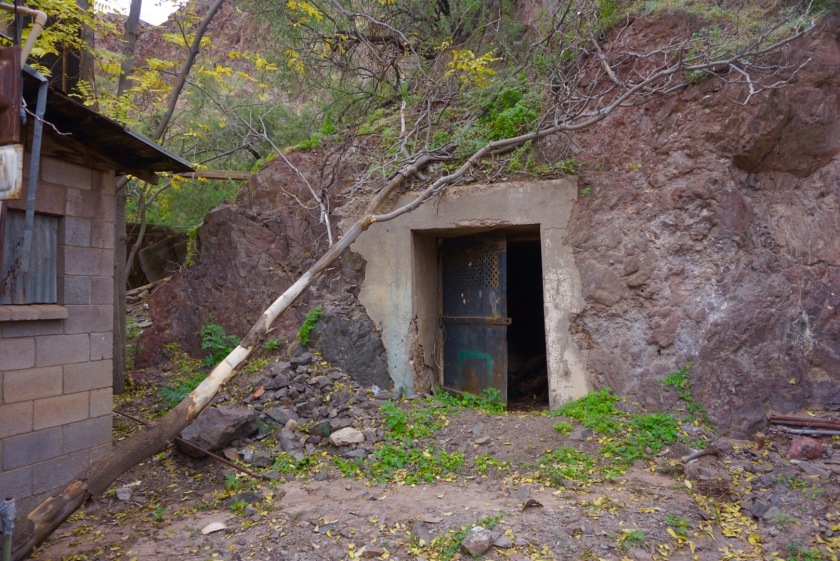 Oh and when you can’t find an awning just use a fender. 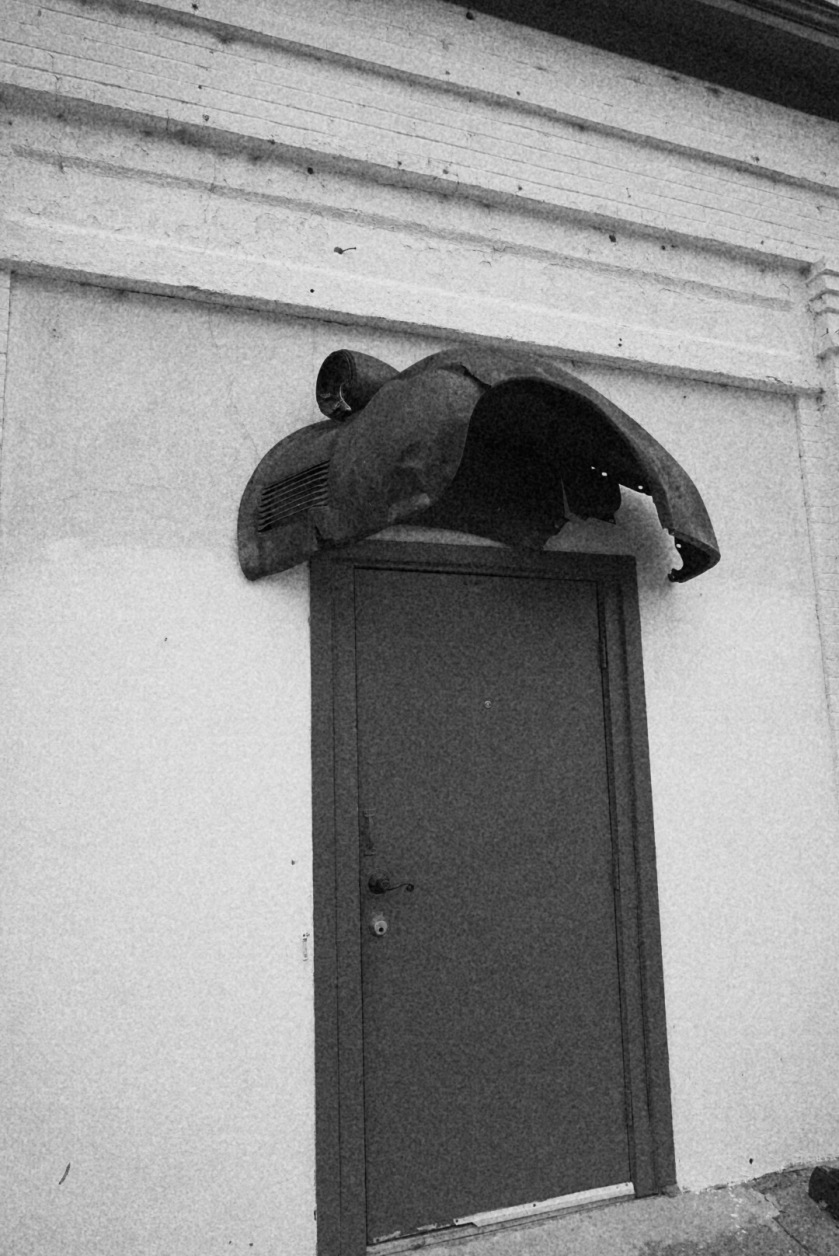 The whole street is peppered with various renovations like this 3 story conglomeration. 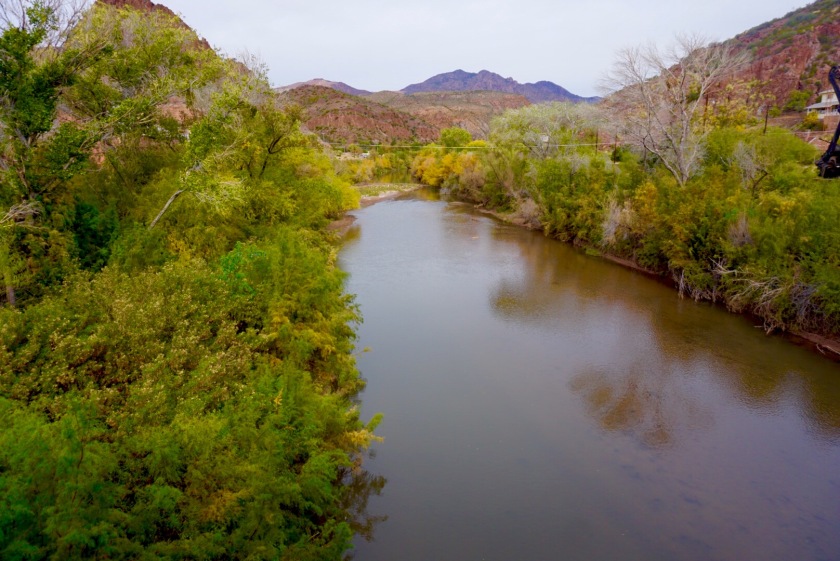 Clifton is the last remaining old mining town of this area. The  Morenci  old town has been buried with mine tailings as a large copper vein went right through it.   I can’t wait to return to this place to explore  someday soon.