Driving from the Cotswold area there were plenty of scenes like the one below.  Guess which horse I am…..

LONDON!! What an exciting city. Finding it easy it easy to get around on the Underground we parked and rode in. Well, we did have help at each station.  It seems my Stetson/boot wearing  com padre made it clear we were tourists along with my holding a giant map pronouncing stop names incorrectly.  Our B&B is located in the East End on Cable St. It seems this was the stomping grounds of Jack the Ripper. We also discovered that it  was  one of the most heavily bombed area in “the blitz” 1949.  Many of the buildings are of the 50’s era.  Now mostly inhabited by families of immigrants from all over the world we experience multi-cultural and multi-languages while walking down the street.  It seems the history of  this end of London has always been inhabited by tough and resilient people. We were fortunate to see an exhibition celebrating the women of the East End at a nearby church.

This picture  is from the rooftop patio of our B&B Cable Street Inn  and shows a mural depicting a famous riot of this neighborhood.  When Mussolini came to power, Fascism was growing in popularity.  Hitler was seen to be progressive with his ideas and had a small smattering of support.  The people in this neighborhood weren’t having it and a 3 day riot broke out.  The neighborhood is quite proud of their accomplishment and believe this was the turning point to stop the growing Fascist support in London. Quite impressive.

Time to wander along the Thames River.  We learned the Thames is a tidal river and is actually very clean with regulations over the past 20 years.  This makes my tree hugging heart happy. I did notice the ground, sidewalks and river were cleaner than I expected in such a large city.  An obvious reflection of London Pride. 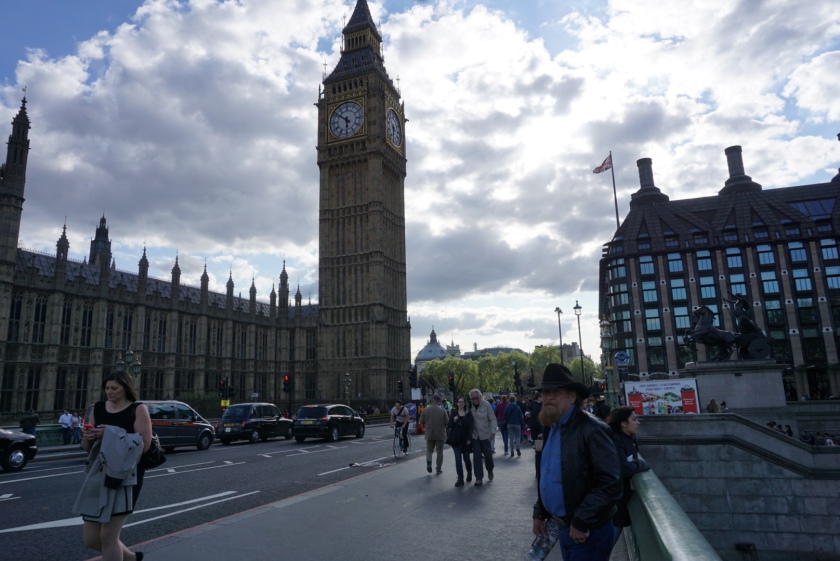 Westminster and G.  We eventually meandered to a restaurant which became a healthy eating favorite; Bar One. We spent time there  watching the people pour out of offices to scurry home from work. My brain is unprepared for the combination of the old architecture next to modern buildings and a thriving business community  seemingly oblivious to the contrast.

Tower Bridge in the picture below.  Full of history and mystery.

Moving on to the Tower of London and a Beefeater Tour. VERY interesting and informative.

Beefeater tour well worth it.

Our Tour guide, Clive, was so fun.  There are 37 Beefeaters all of whom live within the tower walls with their families. A fact I would not have believed until  I saw their apartments.  How great would that be to live in so much history?

We ended up spending most of the day exploring the tower.  We stood in the moat, marveled at old “graffiti”, weapons old to new, armor, architecture…. Camera roll below:

The armor for the hands fascinated me 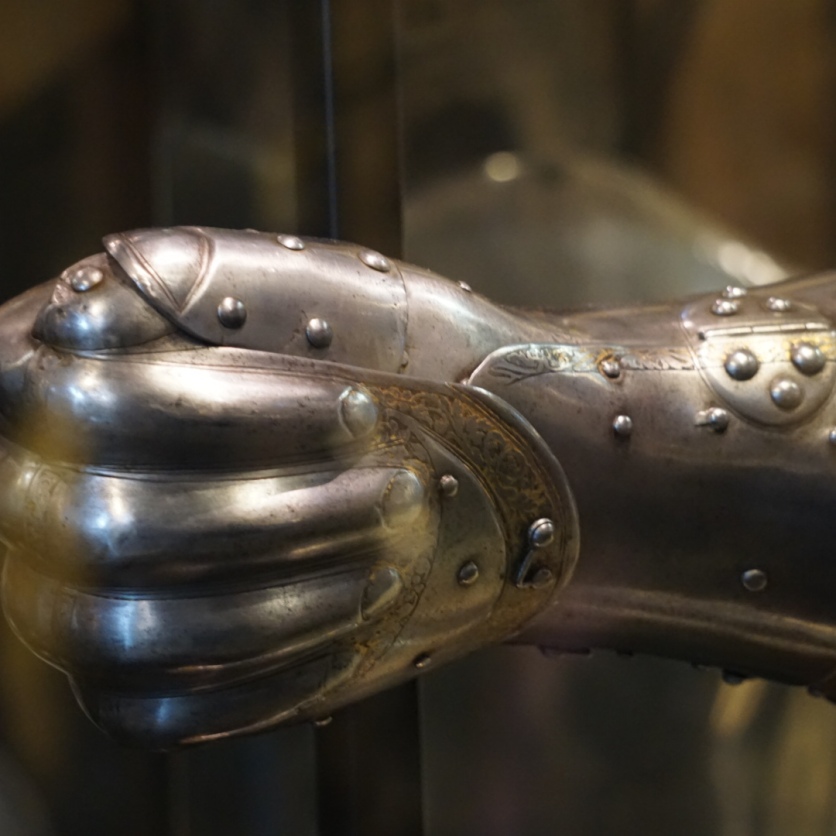 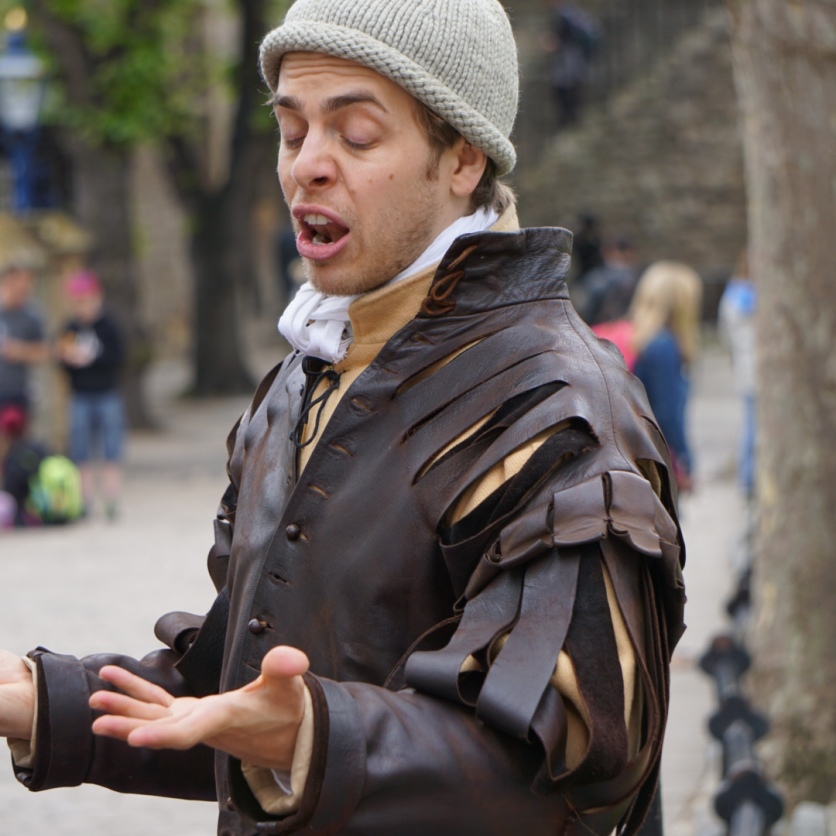 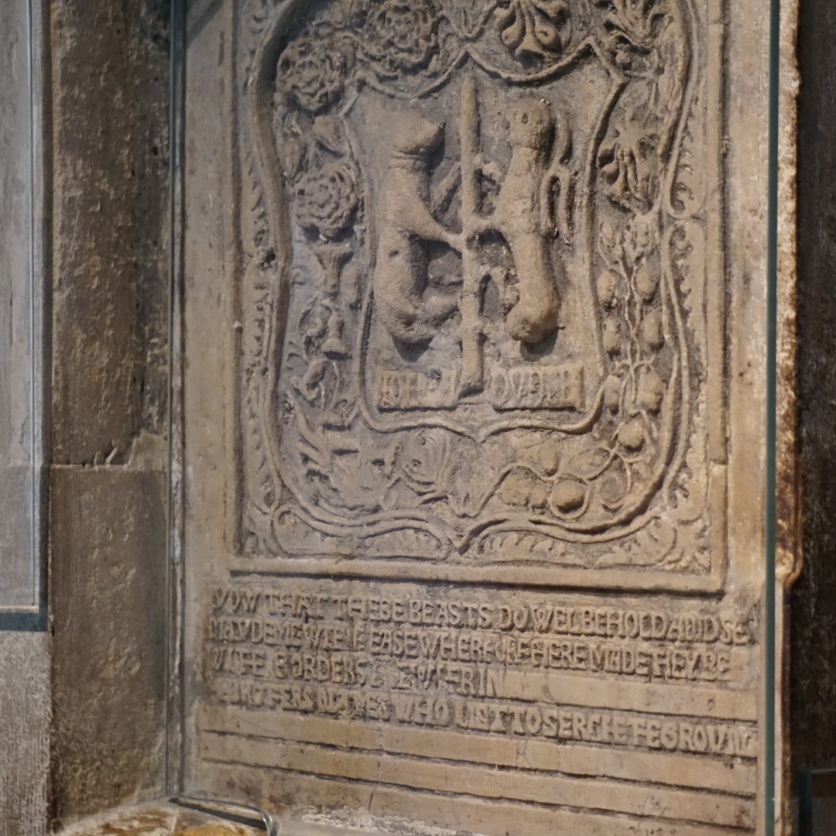 Prisoners used to carve while in the tower. 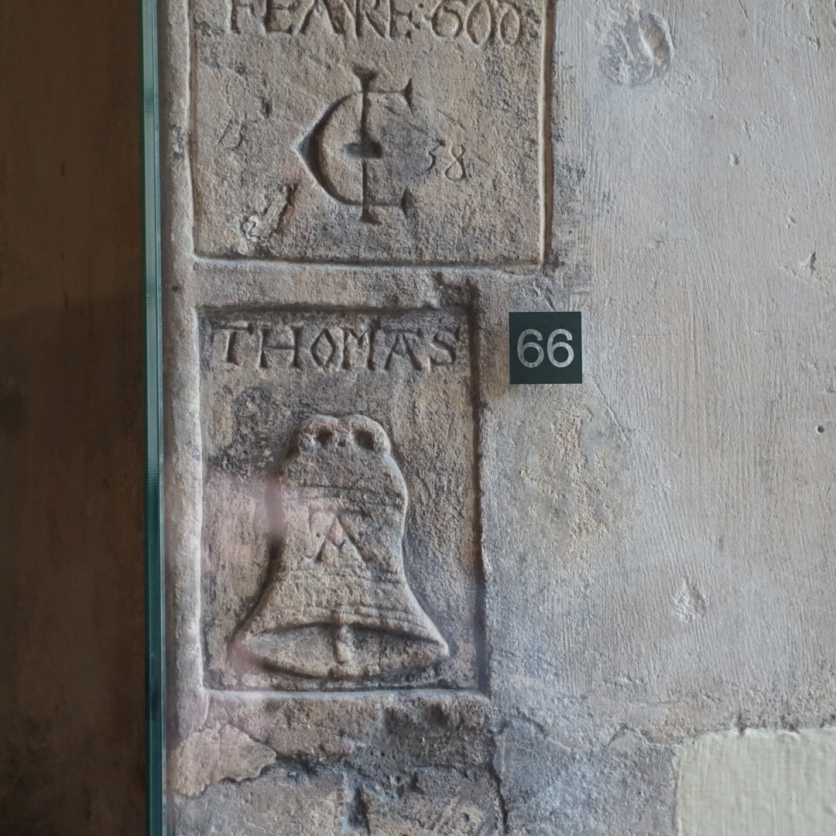 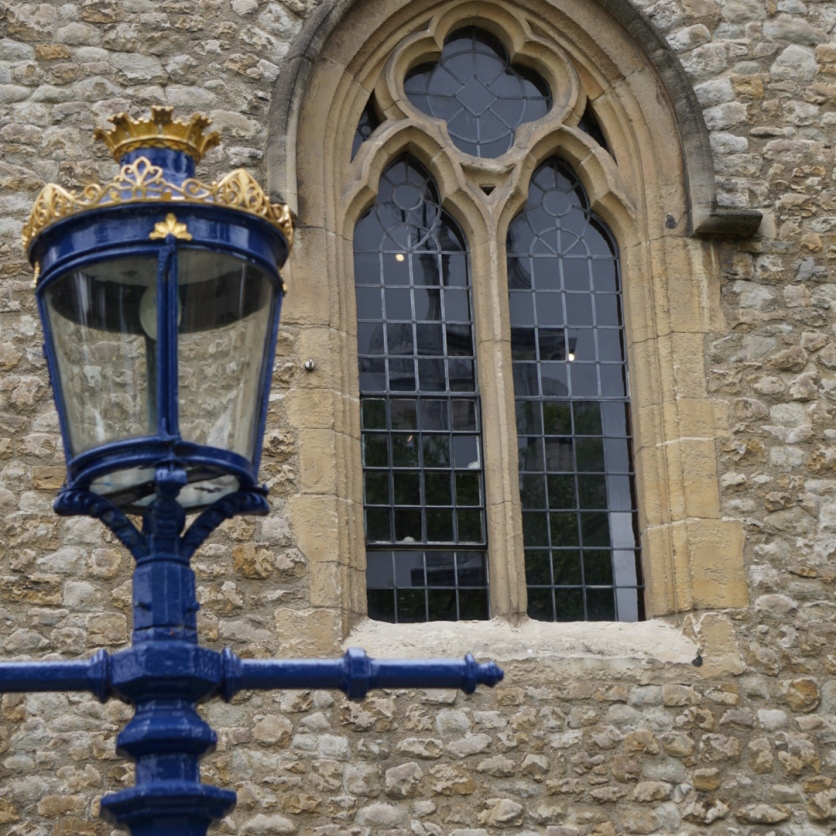 Apparently this particular knight was not taking any chances and protecting his favorite body part under all circumstances. 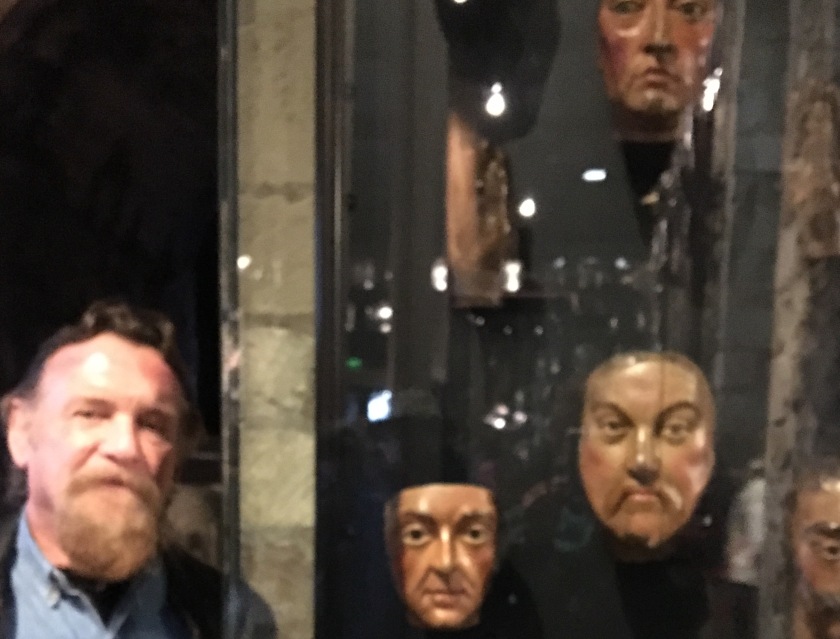 On to Piccadelly Circus and the madness of rush hour! We managed to arrive just at 17:00 hours.  Lots of traffic speeding by.  Beautiful facades every direction. 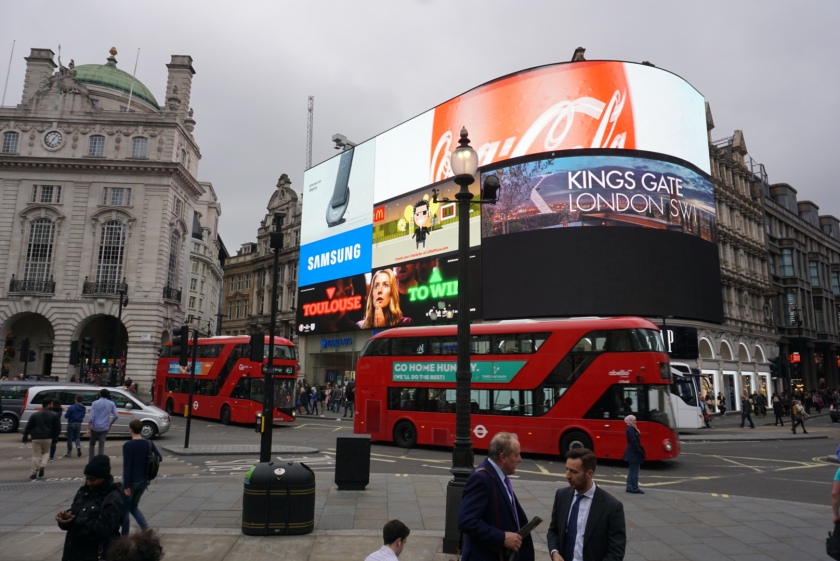